Thirteen birders set out at 6:30 intent on finding a Worm-eating Warbler for our Thursday list.  We met with success across from gate 9, although a few members were unable to see the bird.  We did walk gate 9 but were unsuccessful in hearing or seeing the one reported on that side.  Many other species including a Blackpoll were found; a lustily singing Rose-breasted Grosbeak in a back tier of trees eluded us. From there we headed to the campground and quickly determined that the area was quiet, so we proceeded down the road toward the boat launch area.  At the water's edge one singing Common Yellowthroat multiplied into two Canadas, a Magnolia,a Yellow, and a Redstart while an Osprey flew overhead and a Spotted Sandpiper disappeared around the back side of a sand island.  On the return trip, an Eastern Kingbird repeatedly chased a Broad-winged Hawk.  And then, to cap the day off, a Barred Owl peered down at us from a high branch of a pine tree affording us excellent looks.

Wompatuck from all directions May 21 2016

Ten members of the SSBC attempted to cover Wompatuck State Park in one morning. Unfortunately, we were just one team short to be able to cover the whole park which had been divided into 6 segments.

After maps were handed out, each team walked or drove to a starting point to maximize the time they could spend in their sector. Four hours and a combined 20 miles later we all met up at the picnic area near S. Pleasant / Union Street (the former Hooded Warbler spot) to compare notes.
A pair of Yellow-billed Cuckoos joined us right there too! 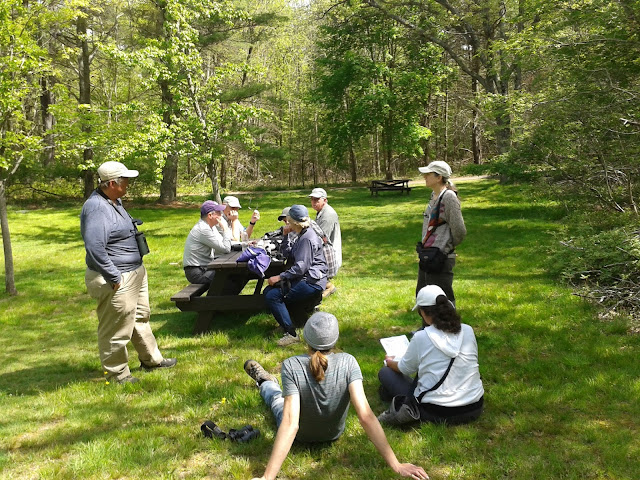 Together we then set off to find some more birds. On the wish lists were species such as the Cape May Warbler or the Worm-eating Warbler which some teams had discovered earlier. Despite some intense listening by 10 avid birders we found neither one of these. 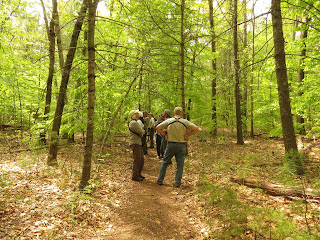 Photo by Linde Eyster
However we did find an Ovenbird nest (thanks Sean!). It is truly amazing how rare finding a nest is, considering we noted a combined 164 Ovenbirds seen or heard over the previous 4 hours! Note the different colored eggs, sadly it looks like Cowbirds have also found this particular nest. 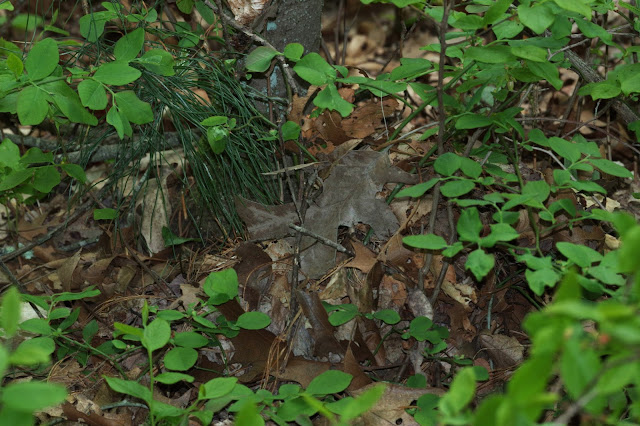 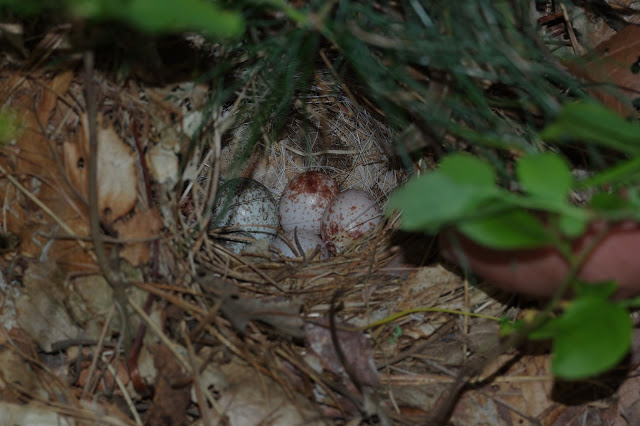 Below is the complete list of the 80 species seen.
Christine Whitebread